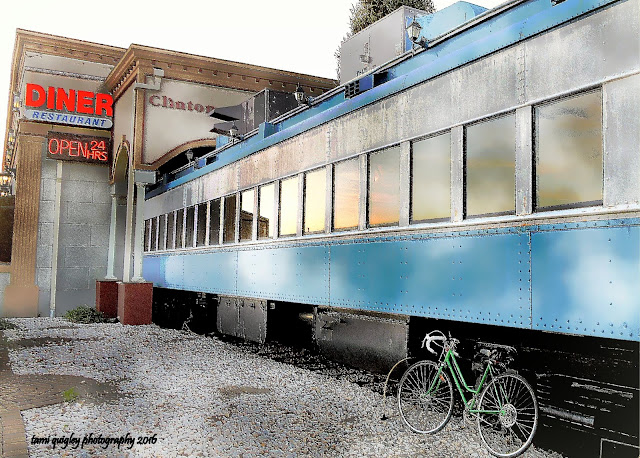 “Trains, like time and tide, stop for no one.”
~ Jules Verne
~ 1828-1905
A mid-April sunset reflects in the windows of The Blue Comet train car at Clinton Station Diner, Clinton, New Jersey. The windows face Interstate 78.

I shot this image when stopping for supper at the diner on the way home to Pennsylvania after a wonderful spring day trip to New York City. The meal was delicious and served in the cool, unique and historic train car.

Seating at the diner, which opened in February 2004, is offered in the authentic 1927 Blue Comet Train Car. The Blue Comet was one of the most luxurious and legendary trains in New Jersey history. It crashed August 19, 1939 in the then village of Chatsworth in the middle of the Pine Barrens.

The Blue Comet, called “The Seashore’s Finest Train,” was a passenger train operated by Central Railroad of New Jersey from 1929-1941 between New York and Atlantic City.

For more information on The Blue Comet and its history, visit the diner’s website, https://www.clintonstationdiner.com/train-car. The site includes a video of the train car being delivered to the diner many years ago.

Clinton is a town in Hunterdon County, New Jersey, located on the South Branch of the Raritan River.

The town is perhaps best known for its two mills which sit on opposite banks of the South Branch Raritan River. The Red Mill, with its historic village, dates back to 1810 with the development of a mill for wool processing. Across the river sits the Stone Mill, home of the Hunterdon Art Museum for Contemporary Craft and Design, located in a former gristmill that had been reconstructed in 1836 and operated continuously until 1936. In 1952, a group of local residents conceived of a plan to convert the historic building into an art museum, which is still in operation today.
at January 13, 2020 No comments: 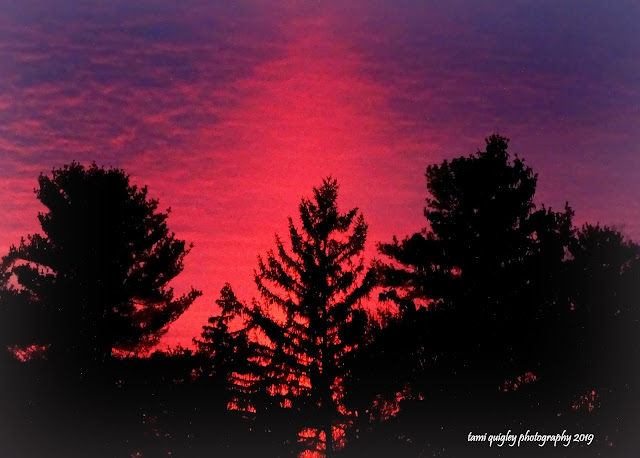 “To me, everything is beautiful. Show me a pink sunset, and I’m limp, by God.”
~ J.D. Salinger
~ 1919-2010
The cotton candy, bubblegum pink of a mid-November sunset brushes across the autumn sky at Trexler Memorial Park, Allentown, Pennsylvania.
at November 19, 2019 No comments: 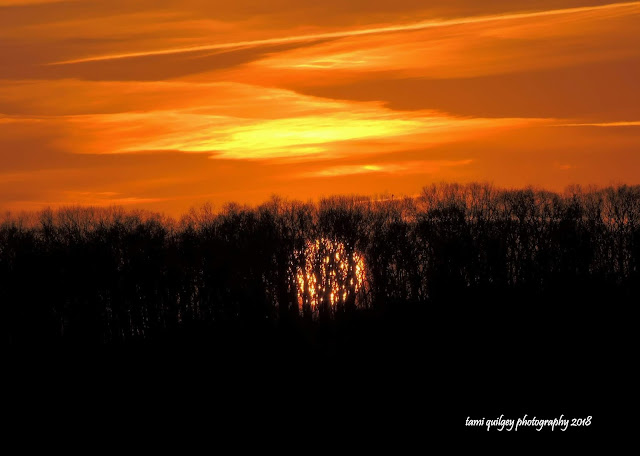 “Know where to find the sunrise and sunset times and note how the sky looks at those times, at least once.”
~ Marilyn vos Savant
~ born 1946
The sun sinks behind the trees during a beautiful, fiery winter sunset on a January day at Trexler Nature Preserve, Schnecksville, Pennsylvania.
at July 02, 2019 No comments: