There Are More Fish In The Sea ... 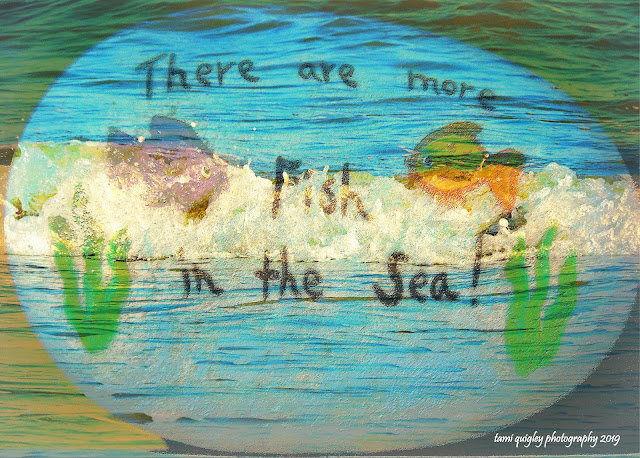 I spotted this rock painted with the words “There Are More Fish in the Sea!” on a mid-February afternoon in 2019 at Whitehall Parkway, just off the Ironton Rail Trail.

Then I thought I’d have some fun with it … why not put these fish in the sea?! So I blended it with “Tides of Dixie,” a shot I took of an autumn tide of the Atlantic Ocean rolling majestically into Coligny Beach on Hilton Head Island in the Lowcountry of South Carolina in October 2016.

The grassroots project encourages people to leave rocks painted with inspiring messages along the path of life. People are encouraged to take one, share one or add to the pile. You can see just how much impact she’s made when looking up #TheKindnessRocksProject. Learn more about how to join the movement at http://thekindnessrocksproject.com.
at February 27, 2019 No comments: