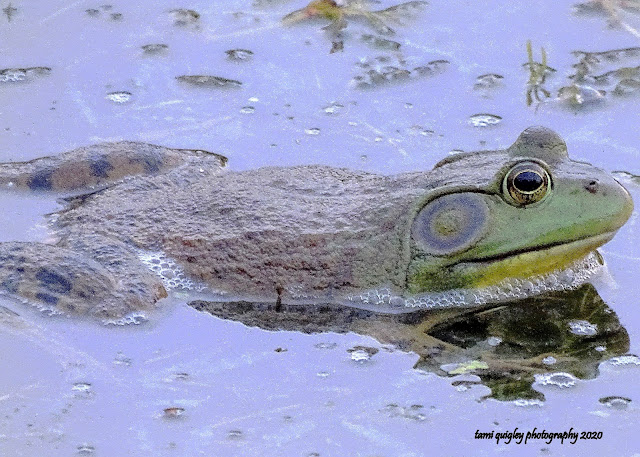 “Joy to the World” is a song written by Hoyt Axton and made famous by the band Three Dog Night. The song is also popularly known by its opening lyric, “Jeremiah was a bullfrog.” Three Dog Night originally released the song on their fourth studio album, “Naturally,” in November 1970, and subsequently released an edited version of the song as a single in February 1971.

When the song hit #1 on the U.S. Billboard Hot 100 in 1971, Axton and his mother, Mae Axton, became the first mother and son to each have written a number one pop single in the rock era. Mae Axton co-wrote “Heartbreak Hotel,” which was the first number one hit for the great Elvis Presley.

One of at least four American bullfrogs who were very vocal in the pond at Trexler Memorial Park, Allentown, Pennsylvania enjoys a mid-June evening in late spring. I don’t often see them there, but as this day edged toward sunset they loudly made their presence known!