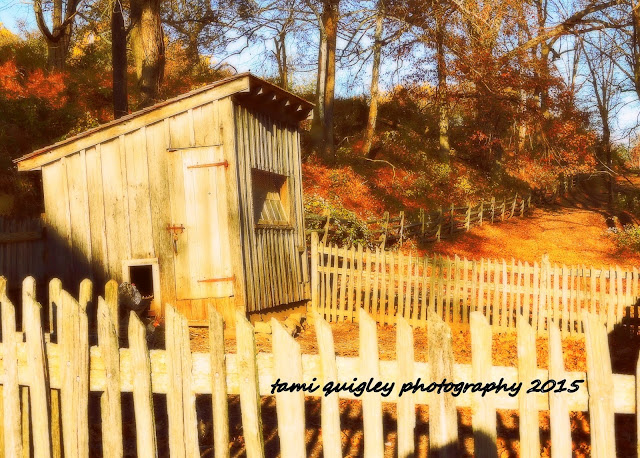 “falling leaves hide the path so quietly.”
~ John Bailey
~ "Autumn," a haiku year, 2001
It's indeed autumn country on a gorgeous October day at the historic Hopewell Farm. As sunset tiptoes closer, you can hear the wonderful crunch of leaves that sings of autumn and gently breaks the quiet as you walk the path by the Hopewell henhouse, where Dominique chickens dally before sundown.
Hopewell Farm is part of Hopewell Furnace National Historic Site in southeastern Berks County near Elverson, Pennsylvania, an example of an American 19th century rural “iron plantation.” The buildings include a blast furnace, the ironmaster’s house and auxiliary structures including a blacksmith’s shop, a company store and several worker’s houses.
Hopewell Furnace was founded in 1771 by ironmaster Mark Bird for whom Birdsboro was named. The site’s most prosperous time was during the 1820–1840 period with a brief boom in production during the American Civil War. In the mid-19th century changes in iron making, including a shift from charcoal to anthracite rendered smaller furnaces like Hopewell obsolete. The site discontinued operations in 1883.
Today, Hopewell Furnace consists of 14 restored structures in the core historic area, 52 features on the List of Classified Structures, and a total of 848 mostly wooded acres. Hopewell Furnace National Historic Site is located in the Hopewell Big Woods and surrounded by French Creek State Park on three sides and the State Game Lands to the south which preserves the lands the furnace utilized for its natural resources.
The Dominique, also known as Dominicker or Pilgrim Fowl, is a breed of chicken (Gallus gallus domesticus) originating in the United States during the colonial period. It is considered America’s oldest breed of chicken, probably descending from chickens brought to New England from southern England during colonial times. By the 19th century, they were widely popular and were raised in many parts of the country. Dominiques are a dual purpose breed, being valued for their meat as well as for their brown eggs. They weigh 6 to 8 pounds at maturity. In earlier times, their feathers were much sought after as stuffing for pillows and mattresses.
at October 03, 2016 No comments: 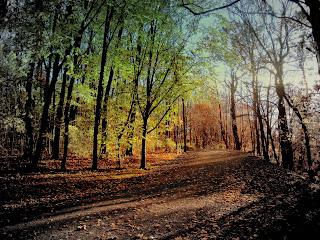