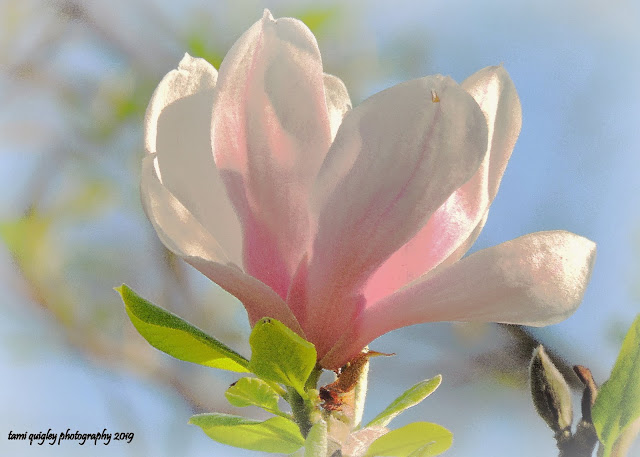 “Beautiful dreamer, wake unto me,
Starlight and dewdrops are waiting for thee,
Sounds of the rude world, heard in the day,
Lull’d by the moonlight have all passed away …”
~ “Beautiful Dreamer”
~parlor song by American songwriter
Stephen Foster
~ 1826-1864
~published posthumously in March 1864
~ one of Foster’s most memorable ballads & best loved works
~ recorded by Bing Crosby in 1940 & various other artists

~ Foster, known as “the father of American music,” was an American songwriter known primarily for his parlor music. He wrote more than 200 songs, including “Oh! Susanna,” “Hard Times Come Again No More,” “Camptown Races,” “Old Folks At Home” (“Swanee River”), “My Old Kentucky Home,” “Jeannie with the Light Brown Hair” and “Beautiful Dreamer.” Many of his compositions remain popular today. He has been identified as “the most famous songwriter of the nineteenth century” and may be the most recognizable American composer in other countries. His compositions are sometimes referred to as “childhood songs” because they have been included in the music curriculum of early education. Most of his handwritten music manuscripts are lost, but editions issued by publishers of his day can be found in various collections.
An April sunset beckons as a beautiful blossom waits for a nearby bud to wake and bloom on my favorite pink magnolia tree at Trexler Memorial Park, Allentown, Pennsylvania.
at March 23, 2020 No comments: 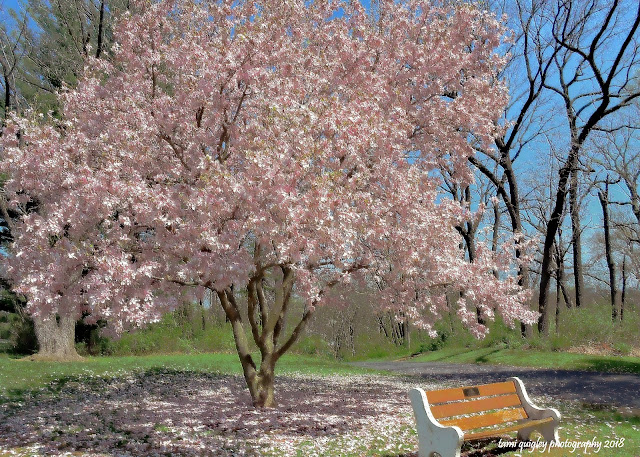 “Gentle as the sweet magnolia, strong as steel, her faith and pride …”
~ “Eagle When She Flies”
~ 1991
~ Grammy award-winner for best country song by Dolly Parton, one of the stars of the 1989 film “Steel Magnolias”

~ “Steel Magnolias” is the film adaption of Robert Harling’s 1987 play of the same name. The play and film are about the bond a group of women share in a small-town Southern community, and how they cope with the death of one of their own.

The story is based on Harling’s real life experience of the death of his sister, Susan Harling Robinson, in 1985 due to complications from Type 1 diabetes. He changed his sister’s name in the story from Susan to Shelby Eatenton-Latcherie, portrayed by Julia Roberts in the film.

The title suggests the main female characters can be both as delicate as the magnolia flower, and tough as steel.

A sweet and beautiful pink magnolia tree beckons you to come sit a spell on a gorgeous early May afternoon at Trexler Memorial Park, Allentown, Pennsylvania.
at June 26, 2019 No comments: