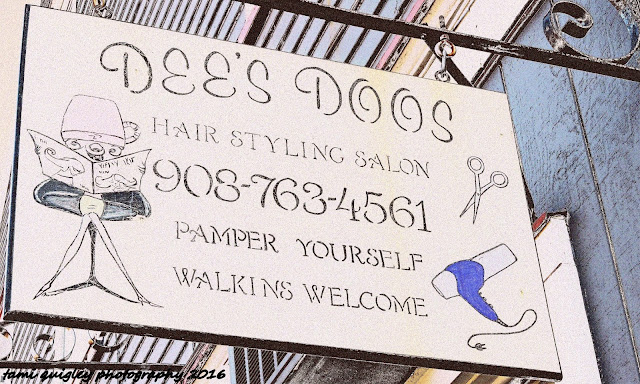 Strolling through Belvidere, New Jersey on a rare warm February afternoon, I came across this cool sign for Dee’s Doos Hair Salon. Elvis Presley sang about “Shake, Rattle and Roll,” but at Dee’s I believe the slogan would be “Cut, Color and Roll!”

Belvidere, one of my very favorite places, is a charming Victorian town located on the banks of the Pequest and Delaware Rivers.
at September 25, 2017 No comments: