Sunday Afternoon At The Grist Mill ... 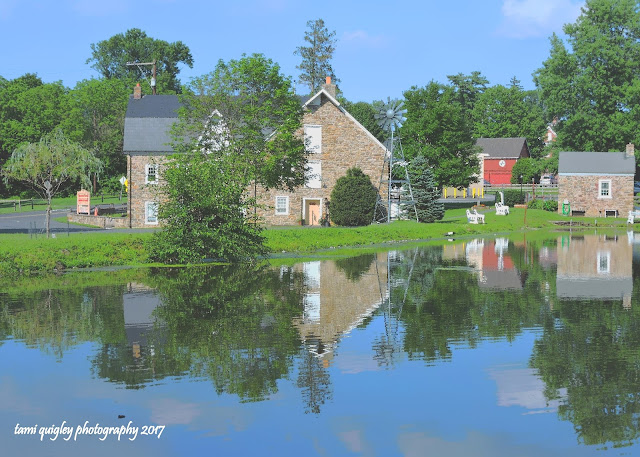 “Sunday is the golden clasp that binds together the volume of the week.”
~ Henry Wadsworth Longfellow
~ 1807-1882

The Grist Mill dates back to the 18th century and operated into the 1950s. The Borough of Hellertown took ownership in 1965, and nearly two decades later it was turned over to the Hellertown Historical Society. The Grist Mill is now an historical museum and a portion of it, the Tavern Room, may be rented for private functions.

The Wash House can be seen at right. It is the smallest stone structure overlooking the mill chase and ponds. Built in the 1700s, it most likely served as housing for early millers and their families, along with a portion of the Grist Mill. It is now referred to as The Wash House, because after the construction of the Miller’s House in the 1800’s, it was utilized to wash sacks for the grain and possibly as the family’s wash house.

The Grist Mill grounds also include The Miller’s House, home of the offices of the Hellertown Historical Society; and the 1860 Walnut Street Pony Bridge and a barn across the street.
at August 17, 2017 No comments: 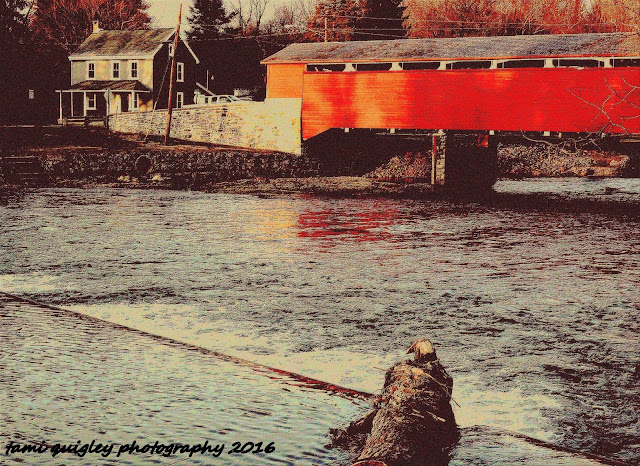 “Give every day the chance to become the most beautiful day of your life.”
~ Mark Twain
(Samuel Clemens)
~ 1835-1910
Sunset is on the doorstep of a late February day as a pickup truck prepares to drive over Wehr’s Covered Bridge in a scene that depicts an Americana Postcard.

Wehr’s Covered Bridge is an historic wooden covered bridge located in South Whitehall Township, Pennsylvania. It is a three span, 117-foot-long, Burr Truss bridge, constructed in 1841. It has horizontal siding and a gable roof. It crosses the Jordan Creek and was placed on the National Register of Historic Places in 1980. The nearby Wehr’s Dam was built in 1904.
at December 06, 2016 No comments: 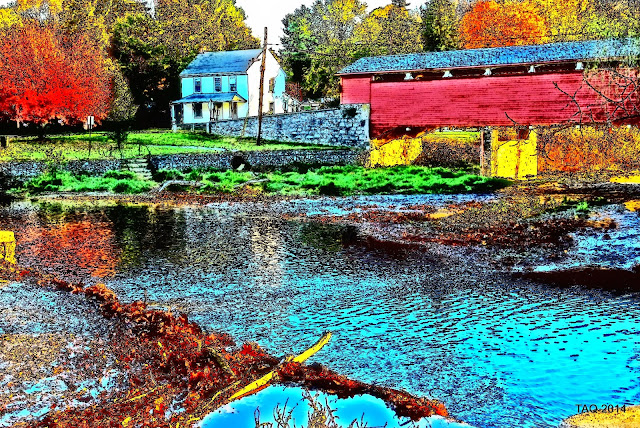 The words of Thoreau seem to fill the air
just after sunrise on a chilly October morning at the historic Wehr's Covered Bridge, Orefield, Pennsylvania.

The Jordan Creek spills over Wehr's Dam, built in 1904, to flow beneath the covered bridge, creating a picturesque autumn postcard.

Wehr's Covered Bridge is a wooden covered bridge in South Whitehall Township.
It is a three span, 117-foot-long Burr Truss bridge, constructed in 1841. It has horizontal siding and a gable roof. It crosses the Jordan Creek and was placed on the National Register of Historic Places in 1980.
at October 28, 2014 No comments: 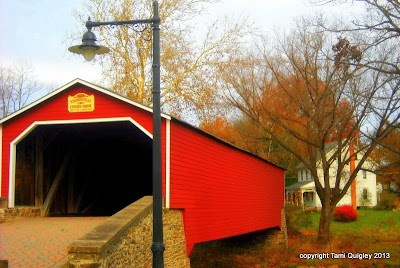 " Aprils have never meant much to me, autumns seem that season of beginning, spring."
~ Truman Capote, "Breakfast at Tiffany's."

Kreidersville Covered Bridge in Allen Township, Pennsylvania was built in 1839. The bridge is loved for its great history and tranquil setting by the Hokendauqua Creek. It is the only covered bridge left in Northampton County. Today it seemed the highlight of an autumn postcard. 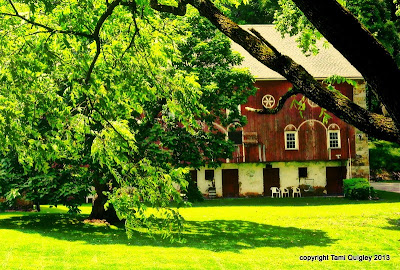 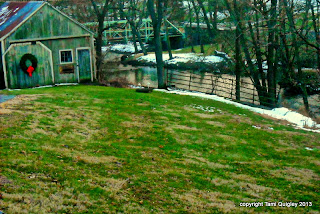