The General And His Steed ... 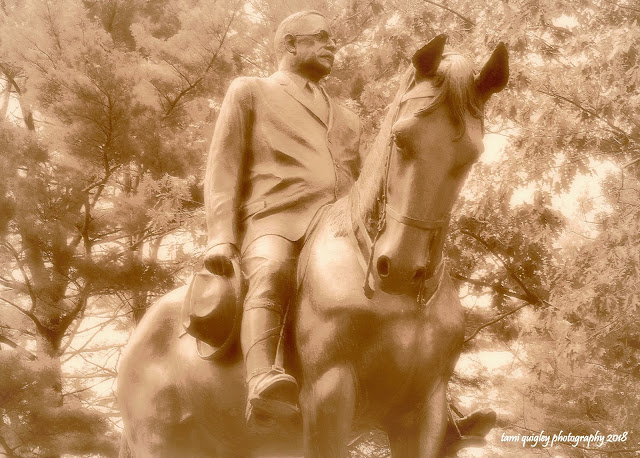 “Si monumentum requiris, circumspice.”
(“If you seek his monument, look around.”)
~ Epitaph of Sir Christopher Wren (1632-1723) in St. Paul’s Cathedral, London, England, of which he was architect. The phrase is generally used to describe a person’s legacy – and can be taken to mean that what we leave behind (including intangible things like relationships) best represents our life.

General Harry C. Trexler looks majestic and stately on horseback as the beauty of a summer afternoon brushes this beautiful bronze statue of his image at Trexler Memorial Park, Allentown, Pennsylvania.

I presented the image in sepia to enhance the nostalgic mood.

General Trexler (1854-1933) is the father of Allentown’s park system. He was an industrialist, agriculturist, philanthropist, conservationist and soldier. The park is his namesake.

During his lifetime, General Trexler contributed a great deal to the growth and quality of life in the City of Allentown and the surrounding County of Lehigh.

This bronze statue of General Trexler was presented to the City of Allentown by his trustees Nolan P. Benner, William B. Butz, Joseph S. Young, Carl J.W. Hessinger and Richard E. White. It was commissioned January 16, 1979 and dedicated May 8, 1982.

General Trexler was a great man, and I’m personally very thankful to him, as Trexler Memorial Park and Trexler Nature Preserve, Schnecksville, Pennsylvania are two of my very favorite places to be and to photograph. 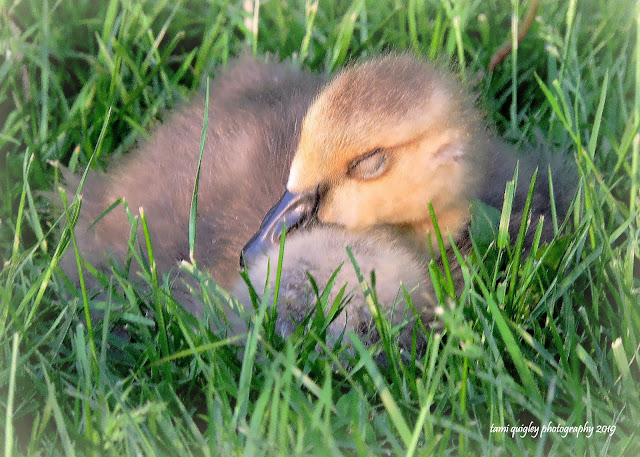 “Study nature, love nature, stay close to nature. It will never fail you.”
~ Frank Lloyd Wright
~1867-1959
The warmth of a May evening wraps softly around this precious gosling as the baby Canada Goose steals a nap at Trexler Memorial Park, Allentown, Pennsylvania.
at April 20, 2020 No comments: