Trailing The Delaware In Winter ... 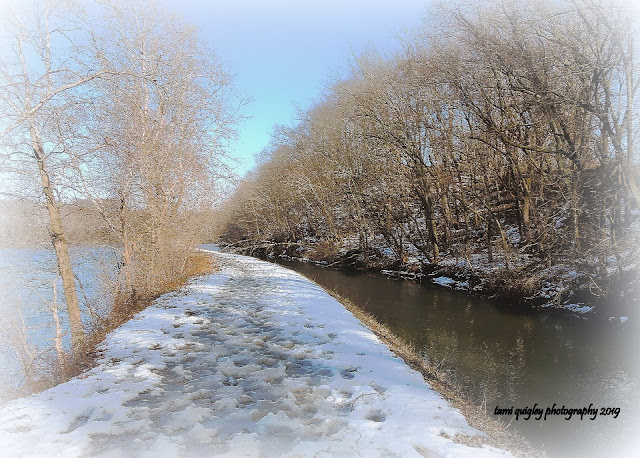 “It was one of those March days when the sun shines hot and the wind blows cold: when it is summer in the light, and winter in the shade.”
~ Charles Dickens
~ 1812-1870
With the Delaware River to the left and the Delaware Canal to the right, walking the snowy trail along the Delaware and Lehigh National Heritage Corridor (D&L) on a day filled with spring’s warmth in the waning days of winter paints a beautiful scene on an early March afternoon.

I captured this image after starting out from the Forks of the Delaware Trailhead at Delaware Canal State Park, Easton, Pennsylvania.

Red Pops Along The Canal ... 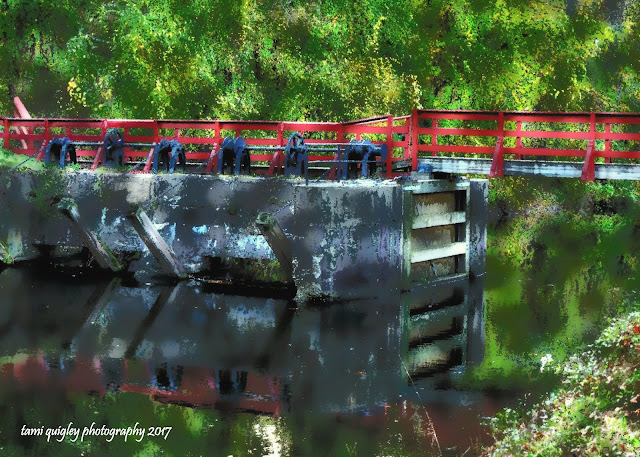 “When in doubt, make a red painting.”
~ Kay Walkingstick,
~ born 1935
~ Native American landscape artist, member of the Cherokee Nation of Oklahoma
and resident of Easton, Pennsylvania
I captured this painterly image of one of the historic locks in the Delaware Canal on a late October afternoon along the Delaware and Lehigh National Heritage Corridor (D&L Trail) between the Forks of the Delaware Trailhead at Delaware Canal State Park and Wy Hit Tuk Park Trailhead, Easton, Pennsylvania.

The trail is positioned between the Delaware River and Delaware Canal.

Running from Wilkes-Barre to Bristol, the D&L Trail passes through the Lehigh and Delaware rivers and their canals in Pennsylvania.
at October 31, 2018 No comments: