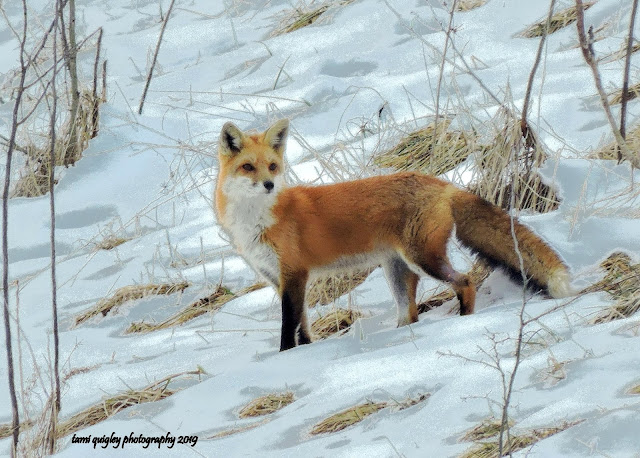 “All good things are wild and free.”
~ Henry David Thoreau
~ 1817-1862
A beautiful red fox pauses to pose in the snow at Trexler Nature Preserve, Schnecksville, Pennsylvania, on a beautiful afternoon in early March.

I spotted this fox in the area where elk live as a herd on the hillsides of the 1,100-acre preserve’s Central Range.

When General Trexler died in 1933, he bequeathed the property to the residents of Lehigh County. Today, the Trexler Nature Preserve is open to the public for passive recreation and nature watching.
at March 18, 2019 No comments: 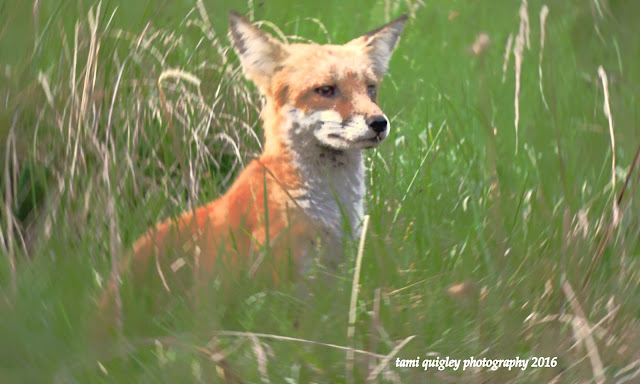 The light of a late August sunset dances around
a wild and beautiful red fox as it peers ahead
in the high grass in the waning summer at
Trexler Memorial Park, Allentown, Pennsylvania. 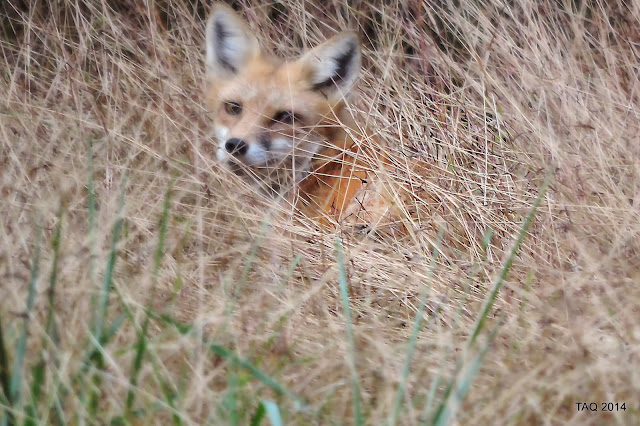 Beautiful red fox pup peers out from behind the high grass on an October evening at Trexler Memorial Park, Allentown, Pennsylvania.
at October 13, 2014 No comments: