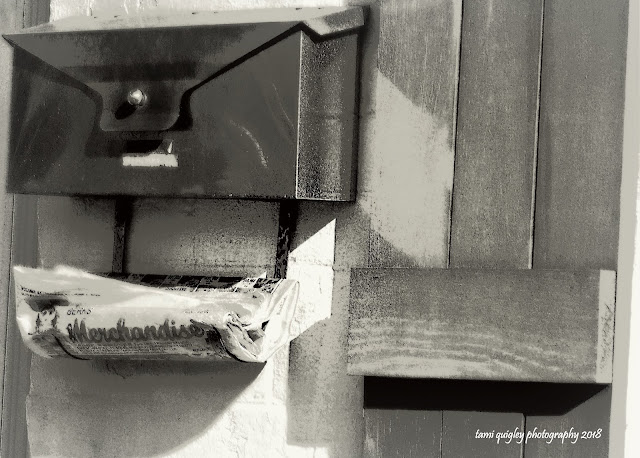 “Sometimes you will never know the value of a moment until it becomes a memory.”
~ Dr. Seuss
(Theodore Seuss Geisel)
~ 1904-1991
The June 6, 2018 edition of the Northern Berks Merchandiser remains tucked under a home’s mailbox at the end of that month on a beautiful summer afternoon in Hamburg, Pennsylvania in this high contrast monochrome capture.

The newspaper is published by The Windsor Press of Hamburg and has been family owned and independent since 1958.

Hamburg, Pennsylvania, officially founded in 1787, was named after Hamburg, Germany.
at May 20, 2019 No comments: 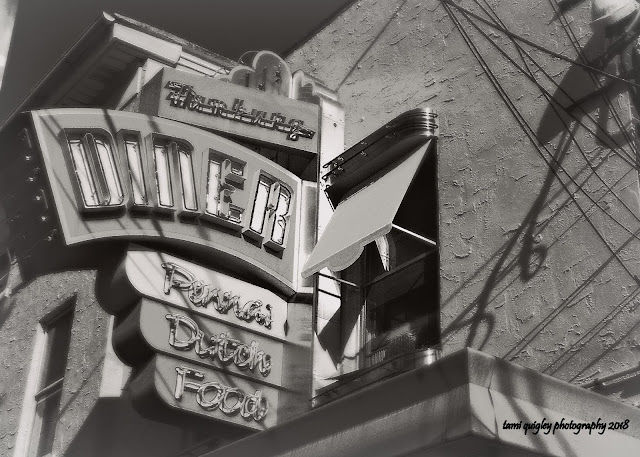 The Hamburg Diner advertises its Pennsylvania Dutch fare on its sign on a late June afternoon in historic Hamburg, Pennsylvania. Unfortunately, the diner closed after 50 years in business in May 2018, a month before I shot this high contrast monochrome image. Hopefully it will reopen!

The Pennsylvania Dutch are a cultural group formed by early German-speaking immigrants to Pennsylvania and their descendants. The word “Dutch” does not refer to Dutch people or language, but to the German settlers known as Deutsch in standard German and Deitsch in the principal dialect they spoke, Palatine German.

As I am half Irish and half Pennsylvania German, I grew up with much of these tasty offerings because my late grandmother was a wonderful baker and cook, and fastnachts, shoofly pie and angel food cake were my favorites of hers.

Hamburg, Pennsylvania, officially founded in 1787, was named after Hamburg, Germany.

The phrase “Dutch Treat” refers to an outing, meal or other special occasion at which each participant pays for their share of the expenses. 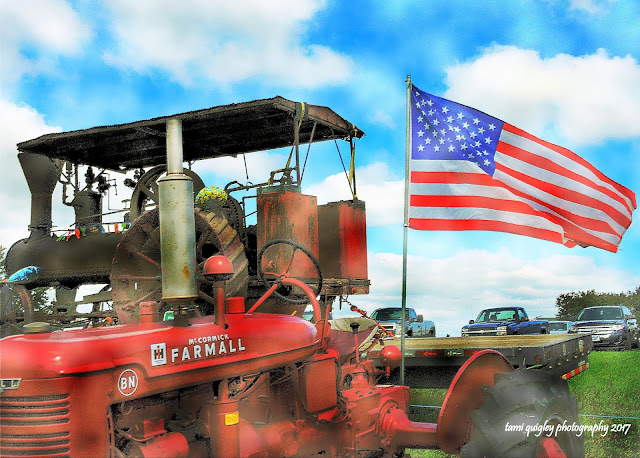 “The Peerless,” a traction steam engine made in 1917, can be seen at left bedecked for its 100th birthday at the 2017 Schpotyaahr Fescht (Fall Festival), the 15th annual living history event demonstrating the life of the Pennsylvania Germans in Weisenberg and Lowhill Townships.

The Pennsylvania Germans, also known as The Pennsylvania Dutch, are a cultural group formed by early German-speaking immigrants to Pennsylvania and their descendants. The work “Dutch” does not refer to Dutch people or language, but to the German settlers known as Deutsch in standard German and Deitsch in the principal dialect they spoke, Palatine German.

A sign explained the 1917 Peerless Story: “Hello, my name is Peerless. I am a traction steam engine. I was manufactured in 1917 in Waynesboro, which is in south central PA. I was purchased when I was new, and went to work for a threshing crew on the local farms around a small town called New Schaefferstown, in western Berks County.

In 1923 I was purchased by William Stoudt. He used me to thresh the fields from June through August. In the spring and fall he used me at his brother’s farm to run a saw mill. I liked William, because he kept me in the New Schaefferstown area and if I was not working, he would take me to shows or parades in nearby Schaefferstown, Bernville or Shartlesville to show me off and have fun.

In the 1980s, William’s health started to decline, and I got parked outside under a maple tree. When William passed away, I sat under that tree and remembered the fun times I had over the years.

One day in November of 2008, a family friend saw a young fellow that he knew at an auction. While they were talking, my name was brought up, and he thought maybe he and his brother might be interested in purchasing me from the family. He thought they might like to try to get me up and running, so we could have fun going to shows and parades again.

In February of 2009, I met my new owners. They are Ben and David Sonon from Hamburg, PA. They pulled me out from under that maple tree, took me home and put me in a shed. In the summer months they get me out to go to shows, but it is not as fun as before, because when I was sitting out under that tree the weather took its toll on me. I can only movie if something pulls me along, because what you can call my engine (firebox) is bad and it is very expensive to repair.

If you would like to help the Sonon Brothers get me back up and running, so I can have fun and play at places like this under my own power, please make a donation to help them get me better again.”
at August 13, 2018 No comments: