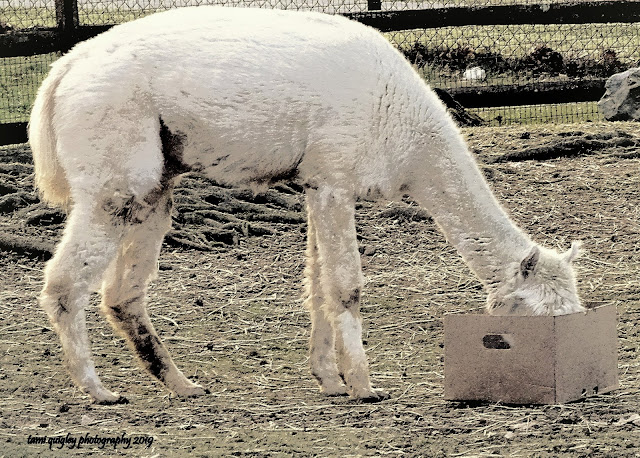 ~ “There ain’t no such thing as a free lunch.”
~ alternatively, “There is no such thing as a free lunch” or other variants, is a popular adage communicating the idea that it is impossible to get something for nothing. The phrase was in use by the 1930s, but its first appearance is unknown. The “free lunch” in the saying refers to the 19th-century practice in American bars of offering a “free lunch” in order to entice drinking customers.

There ain’t no such thing as a free lunch, but there was no cashier in sight as this alpaca enjoyed its “boxed lunch” on a late November afternoon at the Lehigh Valley Zoo in Trexler Nature Preserve, Schnecksville, Pennsylvania.

A boxed lunch is a lunch or light meal packed in a cardboard box or similar container.
at December 08, 2019 No comments: