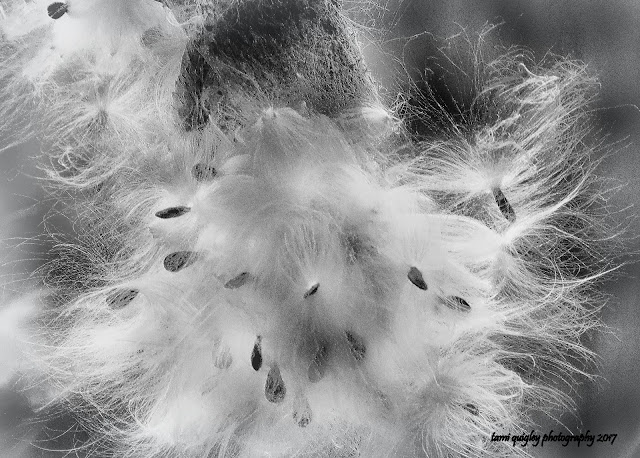 “… Just a few more days and then
I’ll fly away
To a land where joys will never end
I’ll fly away …”
~ “I’ll Fly Away”
~ written by Alfred E. Brumley
in 1929, published in 1932
~ “I’ll Fly Away” has been called the most recorded Gospel song. One of the earliest recordings of the hymn was made by the Selah Jubilee Singers in 1941. It has been recorded by many artists, including George Jones, Johnny Cash and Alan Jackson.

It is a frequently used in worship services by Baptists, Pentecostals, Nazarenes, the Churches of Christ & many Methodists.

I captured this high contrast monochrome shot of milkweed seeds in the October breeze before they fly away on an autumn afternoon at Trexler Nature Preserve, Schnecksville, Pennsylvania.
at February 04, 2019 No comments: