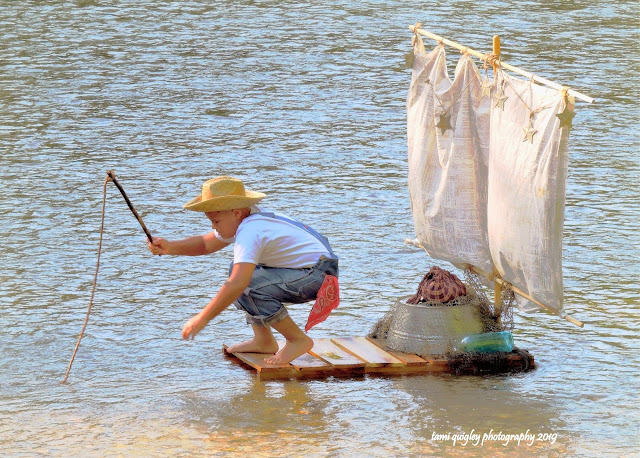 The book is noted for its colorful description of people and places along the Mississippi River, set in a Southern antebellum society that had ceased to exist over 20 years before the work was published.

Samuel Langhorne Clemens, known by his pen name Mark Twain, was an American writer, humorist, entrepreneur, publisher and lecturer. He was lauded as the “greatest humorist this country has produced,” and William Faulkner called him “the father of American literature.”

This young boy is reminiscent of Huckleberry Finn as he sets sail to fish in the Jordan Creek as a summer sundown nears in this candid shot I captured on a gorgeous mid-July evening at Trexler Nature Preserve, Schnecksville, Pennsylvania.
at July 17, 2019 No comments: