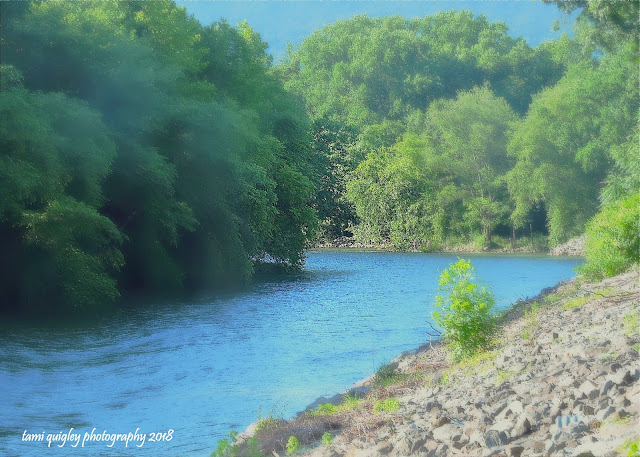 And meanwhile,
The long hot summer slowly moves along.


Oh so slowly moves along.”
~ Theme from the 1958 film
“The Long, Hot Summer” starring Paul Newman & Joanne Woodward, based in part on three works by one of my favorite authors, William Faulkner (1867-1962), Southern American author and Nobel Prize Laureate
~ Lyrics by Sammy Cahn, composed by
Alex North, recorded by Jimmie Rodgers

The Schuylkill River meanders around the bend along the Schuylkill River Trail in historic Hamburg, Pennsylvania on a late June afternoon. The river slowly moves along in summer, my most favorite of seasons, through the town officially founded in 1787 and named after Hamburg, Germany.

Blue Mountain, also called the Kittatinny Ridge, can be seen in the distance.
at July 19, 2018 No comments: