Elk On The Spring Range ... 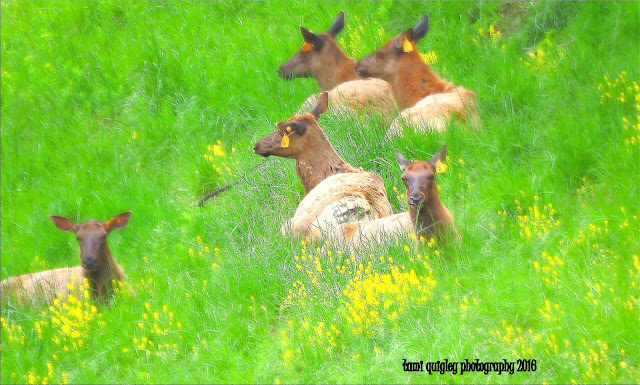 A herd of elk soak in the beauty of a warm May afternoon on a hillside dotted with wild yellow mustard at Trexler Nature Preserve, Schnecksville, Pennsylvania, where elk live as a herd on the hillsides of the 1,100-acre preserve’s Central Range.