Summer On The Delaware ... 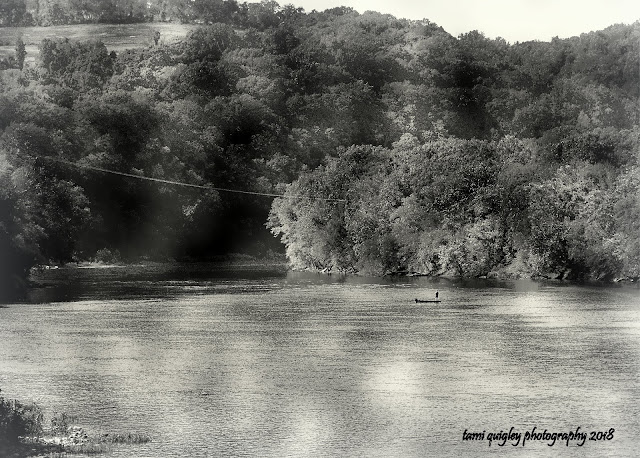 “Let us cross over the river, and rest in the shade of the trees.”
~ Stonewall Jackson
~  1824-1863
The last words of Thomas Jonathan “Stonewall” Jackson, who served as a Confederate general (1861-1863) during the Civil War, and became arguably the best-known Confederate commander after General Robert E. Lee. Jackson played a prominent role in nearly all military engagements in the Eastern Theater of the war until his death, and had an important part in winning many significant battles.

A lone fisherman crosses the Delaware River in this high contrast monochrome shot I captured on a late summer afternoon overlooking the river that straddles New Jersey and Pennsylvania.

This view was from the Riverton-Belvidere Toll Supported Bridge, my vantage point
on this sunny early September day.

The bridge, which opened in 1904, links Belvidere, New Jersey and Riverton, Pennsylvania.

Belvidere, one of my very favorite places, was established April 7, 1845 and is a charming Victorian town located on the banks of the Pequest and Delaware Rivers. The town’s name means “beautiful to see” in Italian.

Riverton is part of Pennsylvania’s Slate Belt.
at September 10, 2018 No comments: