Reeling In The Spring ... 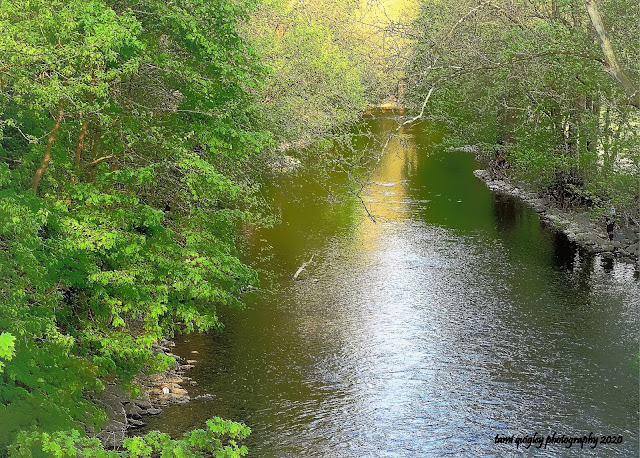 “Many men go fishing all of their lives without knowing that it is not the fish they are after.”
~ Henry David Thoreau
~1817-1862
A lone fisherman, partially obscured by trees at right, reels in the beauty of a spring evening in mid-May along the Jordan Creek at Covered Bridge Park, Orefield, Pennsylvania. I shot this from the Pedestrian Bridge, built in 1993.

Both bridges cross the Jordan Creek and were placed on the National Register of Historic Places in 1980.