Rainbow Over The Ridge ... 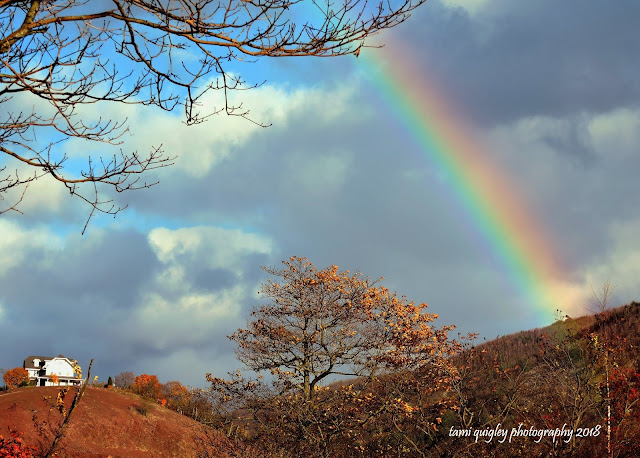 Someday I’ll wish upon a star and wake up where the clouds are far behind me
Where troubles melt like lemon drops, away above the chimney tops
That’s where you’ll find me

“Over the Rainbow” is a ballad composed by Harold Arlen with lyrics by Yip Harburg. It was written for the 1939 film “The Wizard of Oz” and was sung by actress Judy Garland in her starring role as Dorothy Gale. It won the Academy Award for Best Original Song and became Garland’s signature song.

About five minutes into the film, Dorothy sings the song after failing to get Aunt Em, Uncle Henry and the farm hands to listen to her story of an unpleasant incident involving her dog, Toto, and the town spinster, Miss Gulch. Aunt Em tells her to “find yourself a place where you won’t get into any trouble.” This prompts her to walk off by herself, musing to Toto, “Some place where there isn’t any trouble. Do you suppose there is such a place, Toto? There must be. It’s not a place you can get to by a boat, or a train. It’s far, far away. Behind the moon, beyond the rain...” at which point she begins singing.

A rainbow paints the sky over the Kittatinny Ridge in the late afternoon of a beautiful early November day along the Delaware and Lehigh National Heritage Corridor (D&L Trail) at Lehigh Gap.

With the rainbow juxtaposed by the house at the top of the mountain, it reminded me of a scene straight out of a fairytale!

In the shadow of the Kittatinny Ridge, also called Blue Mountain, the Lehigh Gap in Slatington, Pennsylvania, is a crossroads where the Lehigh Gap Nature Center’s trails connect two historic trails – the Appalachian Trail and the Delaware and the D&L Trail.