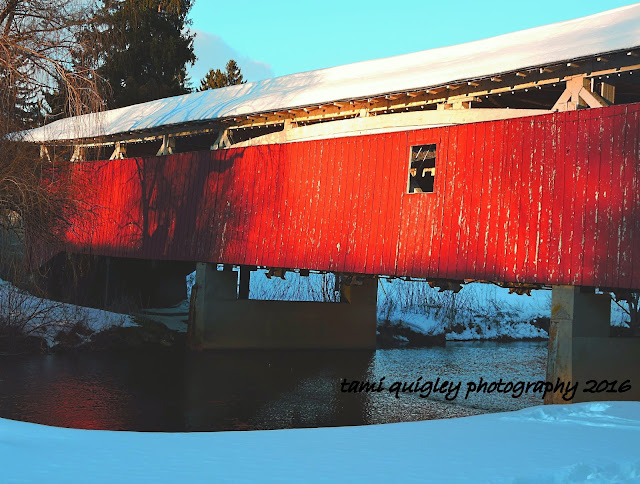 "Stillness is the flower of winter,
all hope waits beneath a blanket of white."
~ Author Unknown

I stood knee deep in snow taking this shot a
few days after the historic Blizzard of 2016,
the peaceful scene in stark contrast to
the recent storm.

In a winter shorn of snow until the blizzard,
the storm plonked  31 inches of snow on
Allentown in a 24 hour period.

Built in 1841, it’s history traces back to the mid-1700s when the Bogert family moved into a log cabin next to the future site of the bridge. It is the oldest covered bridge in Lehigh County and among the oldest in the country. It is open only to pedestrian and bicycle traffic, as well as the occasional rider on horseback.

Bogert’s  Covered Bridge is a wooden Burr Truss bridge with vertical plank siding and a gable roof. It was placed on the National Register of Historic Places in 1980.