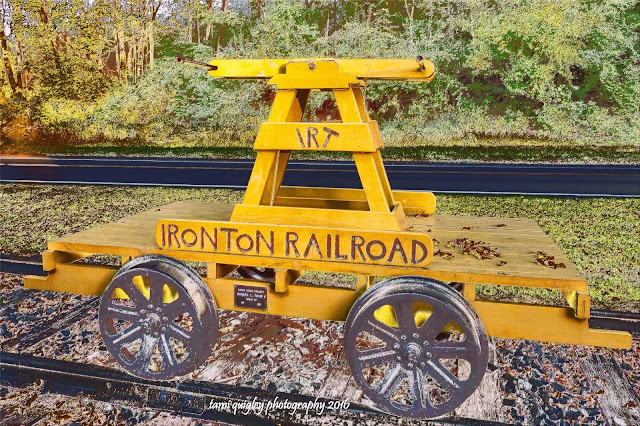 Train train, comin’ 'round, 'round the bend
Train train, comin’ 'round, 'round the bend
Well it took my baby, but it never will again
Never will again
Ooh, woah”
~ “Mystery Train”
~ written & recorded by
American blues musician Junior Parker
~ 1953
~ recorded by the great Elvis Presley
~ 1955
~ Produced by Sam Phillips at Sun Studios in Memphis, Tennessee it features Elvis Presley on vocals & rhythm guitar, Scotty Moore on lead guitar & Bill Black on bass. Mystery Train is now considered to be an “enduring classic.” It was the first recording to make Elvis Presley a nationally known country music star.

In 1996, Whitehall Township purchased 9.2 miles of the right-of-way from Conrail, transforming it into the Ironton Rail Trail.
at July 31, 2017 No comments: