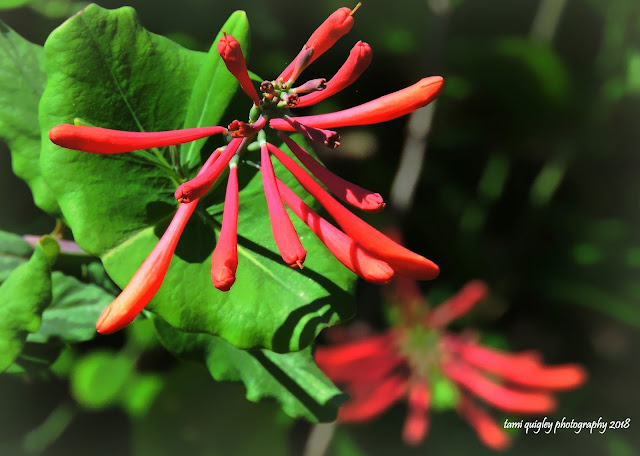 “What a pity flowers can utter no sound! A singing rose, a whispering violet, a murmuring honeysuckle – oh what a rare and exquisite miracle would these be!”
~ Henry Ward Beecher
~ 1813-1877
Coral Honeysuckle brings a shot of colorful beauty to a beautiful late May afternoon at Trexler Memorial Park, Allentown, Pennsylvania.

It can grow in many areas due to its hardiness, and is most often grown as a plant for wildlife. Ruby-throated hummingbirds use it in their natural range, as well as other birds, butterflies and bees. It is also grown as an ornamental for its attractive flowers, especially as a native alternative to the invasive Japanese Honeysuckle.

Though Coral Honeysuckle doesn’t have the heady perfume of Japanese Honeysuckle that I love, it’s still a beautiful sight on an afternoon in spring!
at February 17, 2020 No comments: