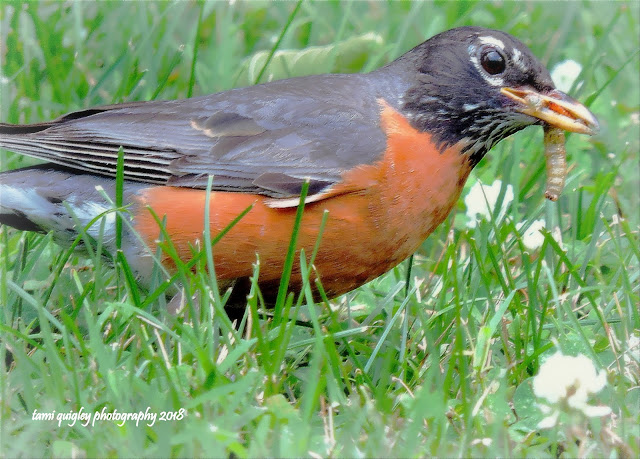 “I think we consider too much the luck of the early bird and not enough the bad luck of the early worm.”
~ Franklin Delano Roosevelt
~ 1882- 1945
~ 32nd President of the United States of America
~ 1933-1945
A beautiful robin catches a worm for supper on an early summer evening in late June at Trexler Memorial Park, Allentown, Pennsylvania.
at July 02, 2018 No comments: