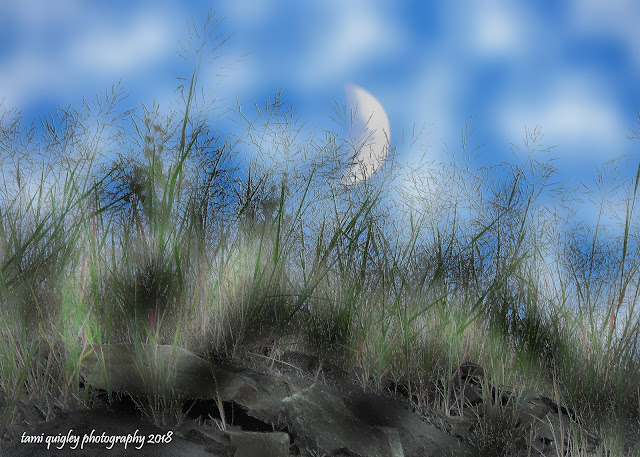 “The summer days are gone too soon
You shoot the moon
And miss completely
And now you’re left to face the gloom
The empty room that once smelled sweetly
Of all the flowers you plucked if only
You knew the reason
Why you had to each be lonely
Was it just the season?

When the snows come rolling through
You’re rolling too with some new lover
Will you think of times you’ve told me
That you knew the reason
Why we had to each be lonely
It was just the season”
~ “Shoot The Moon”
~ written by Jesse Harris
~recorded by Norah Jones
~ 2002
~ The track was part of “Come Away With Me,” Jones’ first full-length album that received Grammy Awards for Album of the Year and Best Pop Vocal Album, and reached the top of the Billboard 200 chart and several jazz charts.

The moon rises over the Kittatinny Ridge on a warm and beautiful last full weekend of summer, my most favorite of seasons, on a September evening along the Delaware and Lehigh National Heritage Corridor (D&L Trail) at Lehigh Gap.

Yes, the summer days are gone too soon!

In the shadow of the Kittatinny Ridge, also called Blue Mountain, the Lehigh Gap in Slatington, Pennsylvania, is a crossroads where the Lehigh Gap Nature Center’s trails connect two historic trails – the Appalachian Trail and the Delaware and the D&L Trail.

The Appalachian Trail, a foot path, follows the ridge on both sides of the Lehigh Gap, running 1,245 miles south to Georgia and 930 miles north to Maine. Running from Wilkes-Barre to Bristol, the D&L Trail passes through the Lehigh and Delaware rivers and their canals in Pennsylvania.
at October 03, 2018 No comments: