Reflections On The Santa Fe ... 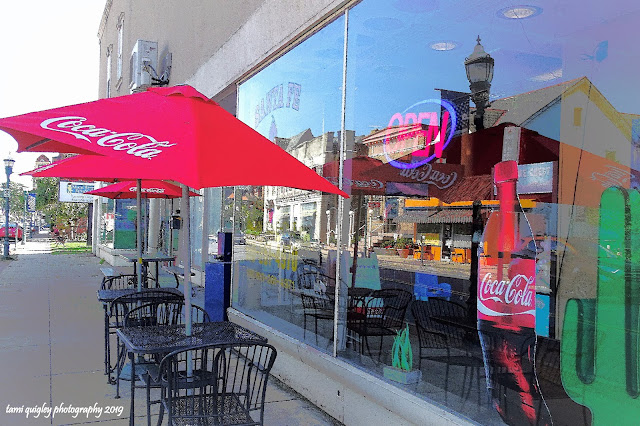 “I photograph to find out what something will look like photographed.”
~ Garry Winogrand
~ 1928-1984
~ American street photographer from the Bronx, New York, known for his portrayal of U.S. life and its social issues, in the mid-20th century. Though he photographed in California, Texas and elsewhere, Winogrand was essentially a New York photographer.

Images from Main Street in Northampton, Pennsylvania reflect in the window of the Santa Fe Taco Company on a beautiful late summer afternoon in September.

My red car can be seen at left, though when I snapped the shot I didn’t realize my car would be part of the scene!

Food at the Santa Fe is influenced by New Mexico and the Southwest – their green chillies are native to New Mexico and they have them shipped to the restaurant weekly. Their menu includes an eclectic selection of tacos, from shrimp, BLT, Greek, scallop and cheesesteak tacos and more, very worthy of sampling!

The Santa Fe is located just down the street from the historic Roxy Theatre.
at September 18, 2019 No comments: