Elk On The Winter Range ... 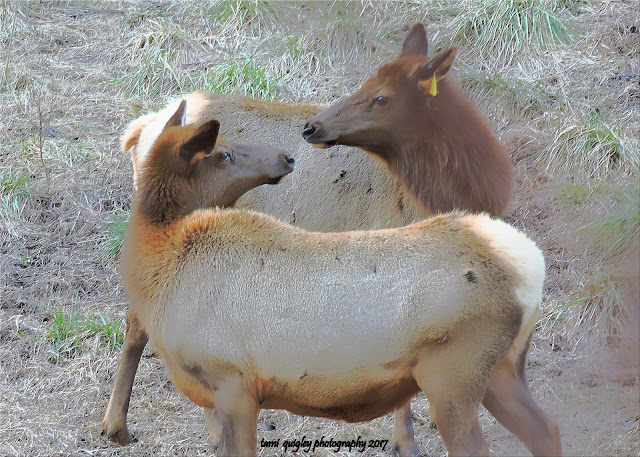 “There are no words that can tell the hidden spirit of the wilderness, that can reveal its mystery, its melancholy, and its charm.”
~ Theodore Roosevelt
~ 1858-1919
~ Naturalist & Conservationist
~ 26th President of The United States of America
~ 1901-1909
Elk on the winter range enjoy a rare warm February evening at Trexler Nature Preserve, Schnecksville, Pennsylvania, where elk live as a herd on the hillsides of the 1,100-acre preserve’s Central Range.

When General Trexler died in 1933, he bequeathed the property to the residents of Lehigh County. Today, the Trexler Nature Preserve is open to the public for passive recreation and nature watching.
at January 23, 2018 No comments: