Baby's Evening On The Range ... 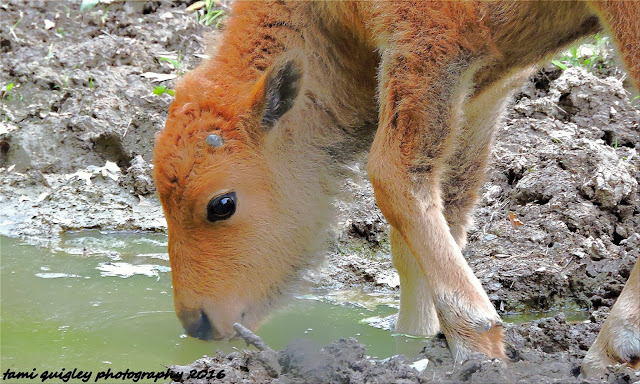 What a sweet baby bison, and the first I’ve ever photographed!

Sweet and simple and simply sweet. That’s what I thought on seeing this beautiful female American Bison calf sipping water on a warm spring evening at Trexler Nature Preserve, Schnecksville, Pennsylvania, where bison live as a herd on the hillsides of the 1,100-acre preserve’s Central Range.

I captured this shot in June, three weeks after the calf’s birth, and her mother stood closeby.

The American Bison was recently designated the first national mammal of the United States. The majestic bison joins the bald eagle as a national symbol.