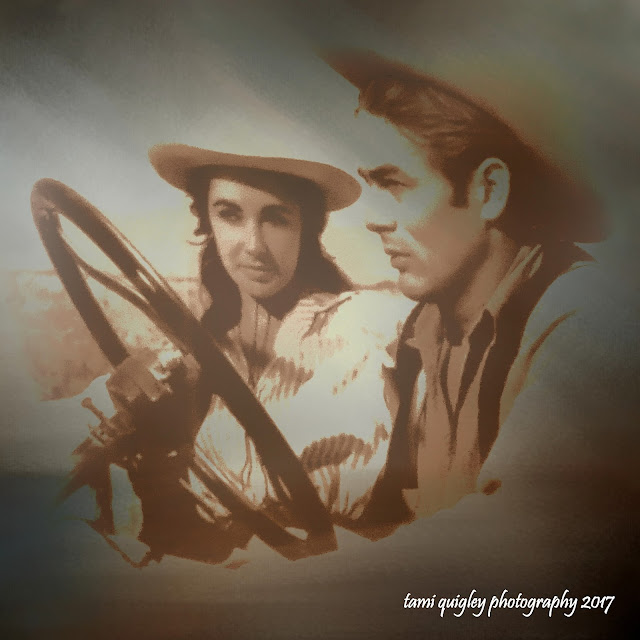 “Sometimes you will never know the value of a moment until it becomes a memory.”
~ Dr. Seuss
(Theodore Seuss Geisel)
~ 1904-1991
Elizabeth Taylor and James Dean are seen driving in Texas ranch land in a scene from the 1956 American epic Western drama film “Giant” in my artistic interpretation of their vintage photo showcased at Charlotte Fay’s Main Street Diner, Slatington, Pennsylvania.

Elvis Presley, the King of Rock ‘n’ Roll, is well represented at Charlotte Fay’s, and his music may well be heard playing at this cool and cozy eatery where retro is king.

Other photos on the diner’s walls spotlight retro icons such as Marilyn Monroe, Route 66, and a young Elvis and Johnny Cash posing for a snapshot. There’s also a nod to the New Jersey Seashore and Steel Pier. The large map depicts President Dwight D. Eisenhower’s National System of Interstate and Defense Highways, championed by the then-president when it was formed June 29, 1956.

And of course there’s the tasty food, wonderful to nosh on as you drink in the nostalgic atmosphere. Owner Jason Ruff named the diner after both his great-grandmothers, and uses their recipes.

The menu and atmosphere are the perfect mix to stir up a recipe for success fit for a king.

Background texture by Jai Johnson added for artistic effect.
at November 21, 2017 No comments: