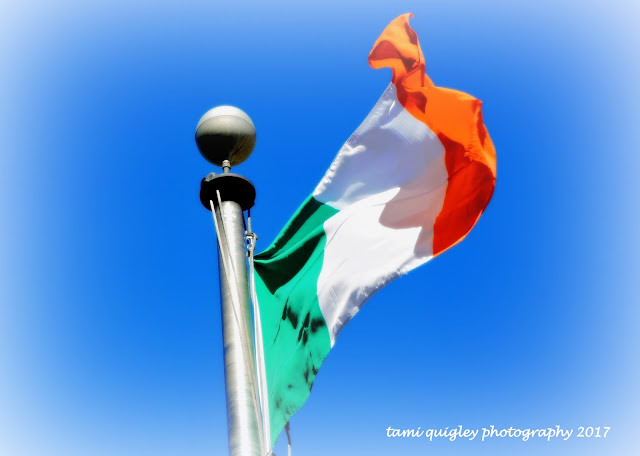 And as we go a-swinging, every Irish heart is singing
It’s a great, great day.”

~ “It’s A Great Day For The Irish”
~ Irish-American song
Written by Roger Edens in 1940
for inclusion in the film version of the
George M. Cohan 1922
Broadway show “Little Nellie Kelly”

The Irish flag waves proudly on a windy St. Patrick’s Day under bright blue skies in Allentown, Pennsylvania after the flag of the Republic of Ireland was raised March 17, 2017 at City Hall Plaza.

The flag raising event was to commemorate the contributions of those of Irish heritage who helped form and grow Allentown and the greater Allentown area.

As someone of Irish-German heritage, my green Irish eyes were smiling seeing the flag billowing downtown in the late winter breeze.
at March 20, 2017 No comments: