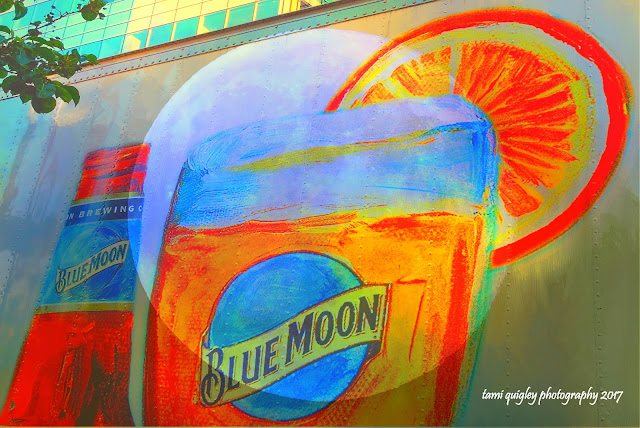 I blended a street scene photo I shot at the festival of a Blue Moon beer truck with a Blue Moon I captured shining over Cedar Creek Parkway, Allentown on July 31, 2015.

A Blue Moon is defined as any time there is a second full moon in a calendar month, according to NASA. The next will occur January 2, 2018.

“Blue Moon of Kentucky” is the official Bluegrass song of Kentucky, written by Bill Monroe, “The Father of Bluegrass,” in 1946.

The great Elvis Presley – an artist who occurs “once in a blue moon,” – recorded his fantastic rockabilly version in 1954.

Texture by Jai Johnson added for artistic effect.
at June 19, 2017 No comments: 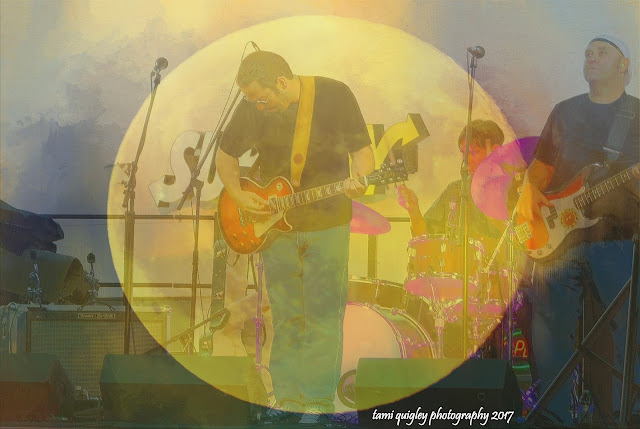 “…Sometimes I wonder what I’m a-gonna do
But there ain’t no cure for the
summertime blues …”
~ “Summertime Blues”
~co-written & recorded by American
rockabilly artist Eddie Cochran
~ written by Eddie Cochran & Jerry Capehart
~ 1958
What’s the cure for the summertime blues? The 10th annual Blues, Brews & Barbecue in downtown Allentown, Pennsylvania June 10, 2017 … a tad before summer but a great way to kick off the season with the sounds of the blues & the taste of brews and barbecue!

I blended a street scene photo I shot at the festival of blues guitarist Albert Castiglia and his band blaring some blazing blues tunes on the PPL (Pennsylvania Power and Light Company) Plaza stage during an evening performance with a full moon I captured  August 18, 2016 in Allentown to create this image.

The drums were continually changing colors during the concert between pink, purple and blue, how cool is that!

Are there blues on the moon? I hope so!