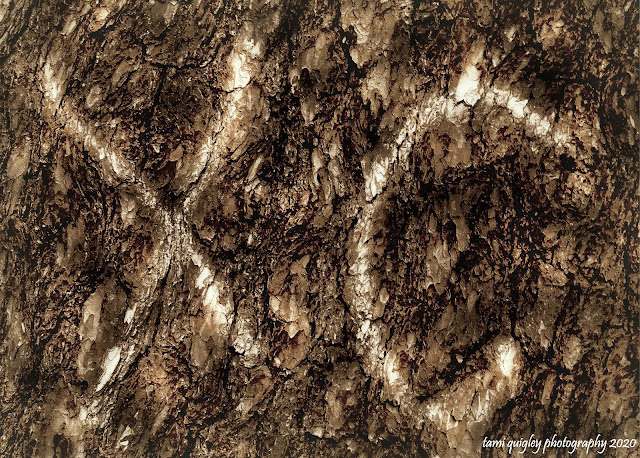 “Life without love is like a tree without blossoms or fruit.”
~ Khalil Gibran
~ 1883-1931
I saw these X’s & O’s – symbols of hugs and kisses – etched on a tree a few weeks before Valentine’s Day 2020 at Lehigh Parkway, Allentown, Pennsylvania and presented the image in sepia to enhance a nostalgic feel. 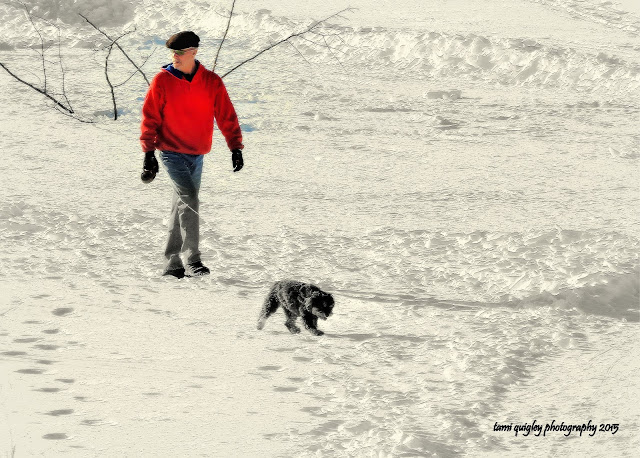 “To appreciate the beauty of a snowflake, it is necessary to stand out in the cold.”
~ Aristotle
~384-322 B.C.
In the shadow of the northern Blue Mountain Ridge, a frosted, frozen and snow covered Leaser Lake glistens with winter’s artistry as a man walks his dog across the frozen water on a sunny February afternoon in New Tripoli, Pennsylvania in this selective color shot.

Leaser Lake was built by the Pennsylvania Fish and Boat Commission for water-oriented recreation and opened for public use in 1971. Lehigh County leases this area from the state and operates and maintains the park. The land north of the lake was purchased by the county in the early 1970s. It is entirely wooded and is used for nature study and as an addition to the State Game Lands No. 217.
at January 19, 2020 No comments: 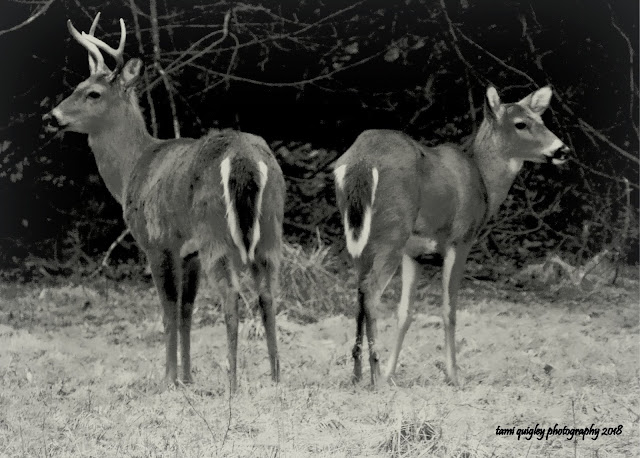 So darlin’, darlin’
Stand by me, oh, stand my me
Oh stand, stand by me
Stand by me

If the sky that we look upon
Should tumble and fall
Or the mountain should crumble to the sea
I won’t cry, I won’t cry
No, I won’t shed a tear
Just as long as you stand
Stand by me

According to Ben E. King, the title is derived from, and was inspired by, a spiritual written by Sam Cooke and J.W. Alexander called “Stand by Me Father,” recorded by The Soul Stirrers with Johnnie Taylor singing lead. The third line of the second verse of the former work derives from Psalm 46:2-3.

There have been more than 400 recorded versions of the song, performed by many artists. It was featured on the soundtrack of the 1986 film “Stand by Me.”

A majestic four point white-tailed deer buck and beautiful doe stand side by side as a peaceful hush sweeps across the field just before a midwinter snowfall begins to tumble from the sky in this high contrast monochrome shot I captured in the park in the late afternoon of a February day.
at July 22, 2019 No comments: