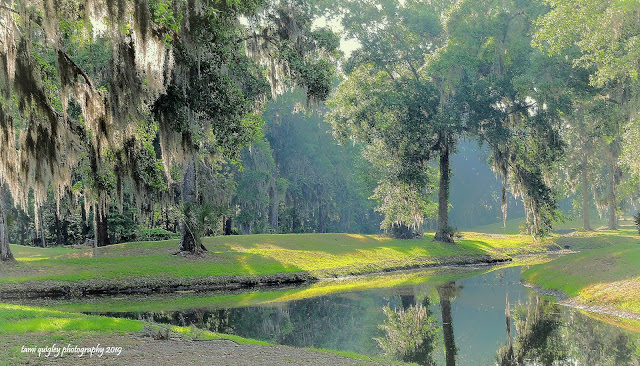 “Grace comes into the soul, as the morning sun into the world; first a dawning, then a light; and at last the sun in his full and excellent brightness.”
~ Thomas Adams
~ 1818-1905
~American scientist & inventor who is regarded as a founder of the chewing gum industry. He eventually joined with well-known chewing gum maker William Wrigley Jr.

The early morning sunlight whispers through the Spanish Moss that reflects in the lagoon on a beautiful May morning in the Lowcountry of Beaufort County, South Carolina.
at June 06, 2019 No comments: 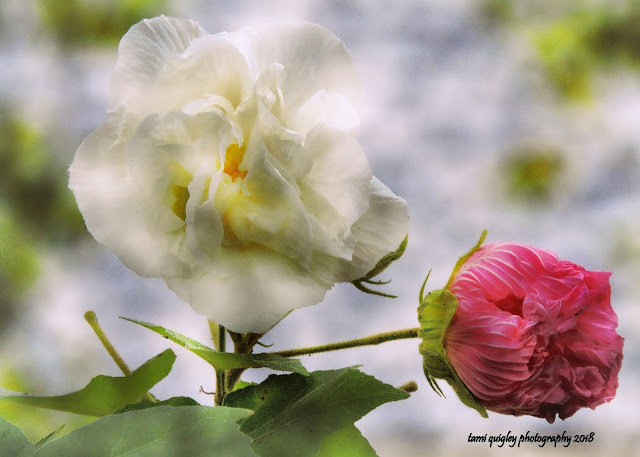 “Beautiful dreamer, wake unto me,
Starlight and dewdrops are waiting for thee,
Sounds of the rude world, heard in the day,
Lull’d by the moonlight have all passed away …”
~ “Beautiful Dreamer”
~parlor song by American songwriter
Stephen Foster
~ 1826-1864
~published posthumously in March 1864
~ one of Foster’s most memorable ballads
& best loved works
~ recorded by Bing Crosby in 1940
& various other artists

~ Foster, known as “the father of American music,” was an American songwriter known primarily for his parlor music. He wrote more than 200 songs, including “Oh! Susanna,” “Hard Times Come Again No More,” “Camptown Races,” “Old Folks At Home” (“Swanee River”), “My Old Kentucky Home,” “Jeannie with the Light Brown Hair” and “Beautiful Dreamer.” Many of his compositions remain popular today. He has been identified as “the most famous songwriter of the nineteenth century” and may be the most recognizable American composer in other countries. His compositions are sometimes referred to as “childhood songs” because they have been included in the music curriculum of early education. Most of his handwritten music manuscripts are lost, but editions issued by publishers of his day can be found in various collections.

The grace, beauty and memory of The Old South dreamily bloom in these beautiful pink and white Confederate Roses on an October afternoon in the Lowcountry of Beaufort County, South Carolina.

The Legend Of The Confederate Rose

Once the Confederate Rose was pure white. During the Civil War, a soldier was fatally wounded in battle. He fell upon the rose as he lay dying. During the course of the two days he took to die, he bled more and more on the flower, till at last bloom was covered with his blood. When he died, the flower died with him. Thereafter, the Confederate Rose (or Cotton Rose), opens white, and over the course of the two days the bloom lasts, they turn gradually from white to pink to almost red, when the flower finally falls from the bush.

The Confederate Rose or hibiscus mutablis is actually a Chinese import. Brought into English gardens in the 1600’s, it is said to have gained favor in the South due to its ease of cultivation during the hard financial times after the Civil War. The hibiscus mutablis is a member of the hibiscus family which includes both the tropical hibiscus and the hardier Rose of Sharon. It is considered a large bush or a small multi-stemmed tree. The plant roots easily from cuttings and grows vigorously during the summer. Once established it is drought resistant. The blooms appear in the fall.
at May 01, 2019 No comments: