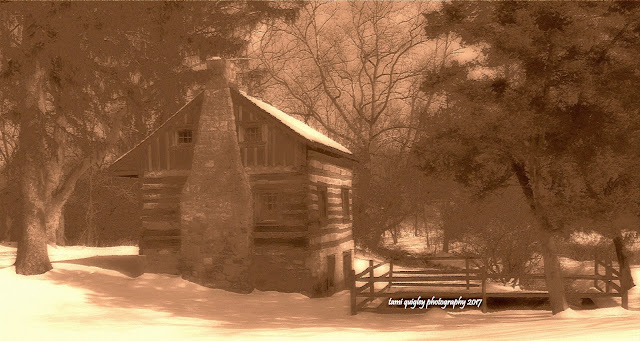 “I love the nostalgic myself. I hope we never lose some of the things of the past.”
~ Walt Disney
~ 1901-1966
Nostalgia is nestled in the snow in my sepia capture of the Springhouse at Trexler Memorial Park, Allentown, Pennsylvania.

Spring is just around the corner but there is still snow on the ground from a mid-March blizzard on this late winter day.

The log cabin was part of Springhouse, the summer home of General Harry C. Trexler (1854-1933), an American industrialist who built a business empire in Allentown. The park is his namesake.
at October 05, 2017 No comments: