Reflections On A Summer Afternoon ... 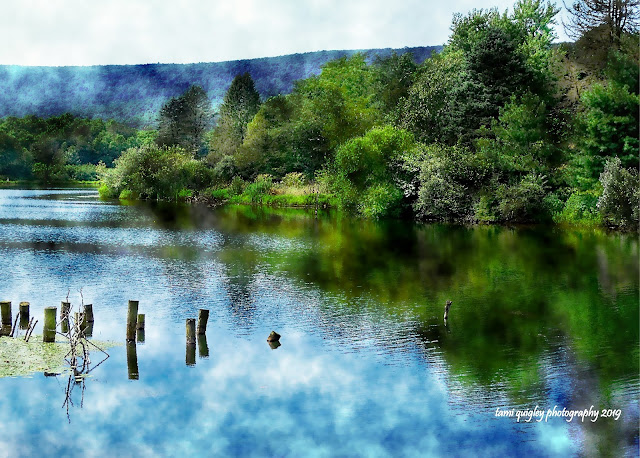 “Summer afternoon, summer afternoon; to me those have always been the two most beautiful words in the English language.”
~ Henry James
~ 1843-1916
The poetic beauty of an afternoon in summer, my most favorite of seasons, reflects on an August day at Leaser Lake, in the shadow of the northern Blue Mountain Ridge, New Tripoli, Pennsylvania.

Leaser Lake was built by the Pennsylvania Fish and Boat Commission for water-oriented recreation and opened for public use in 1971. Lehigh County leases this area from the state and operates and maintains the park. The land north of the lake was purchased by the county in the early 1970s. It is entirely wooded and is used for nature study and as an addition to the State Game Lands No. 217.
at August 07, 2019 No comments: