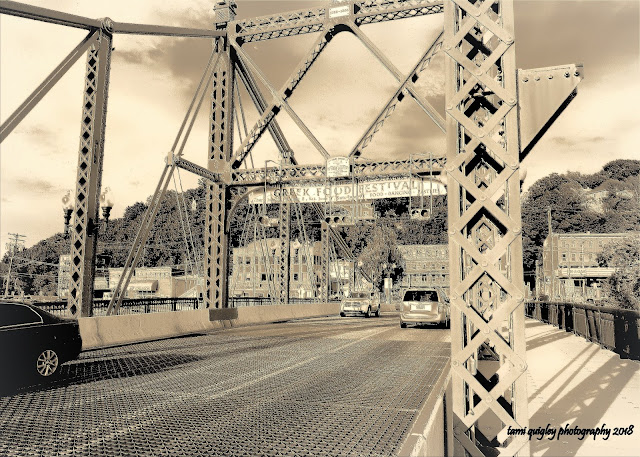 “… Counting the cars on the New Jersey Turnpike
They’ve all come to look for America …”
~ “America”
~ Simon & Garfunkel
~ 1968
Though it’s not the New Jersey Turnpike, cars are headed toward The Garden State as traffic crosses the Delaware River over the historic Northampton Street Bridge, commonly called The Free Bridge, into Phillipsburg, New Jersey from Easton, Pennsylvania on a late spring evening in this high contrast monochrome shot I captured in early June.

The Free Bridge, which spans the two states, was completed in 1896 and survived massive flooding from Hurricane Diane in 1955. It underwent a thorough restoration in 1990 and is one of my very favorite places to photograph.
at June 20, 2018 No comments: