The Red House Along The Autumn Canal ... 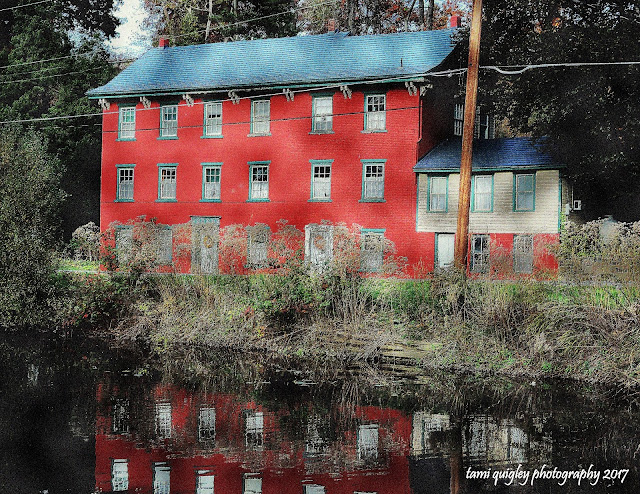 “The leaves fall, the wind blows, and the farm country slowly changes from the summer cottons into its winter wools.”
~ Henry Beston
~ 1888-1968
The historic Harry Rickert House reflects in the Lehigh Canal on a beautiful autumn afternoon in early November along the Delaware and Lehigh National Heritage Corridor (D&L Trail), Weissport, Pennsylvania, where the trail is positioned between the Lehigh River and Lehigh Canal.

Weissport flourished as a Lehigh Canal town until 1942. Diverse goods, coal and people moved along the waterway. Boatyards and a mercantile center in the Harry Rickert House anchored business activity here.

The house itself was built just after the canal was dug and built in 1828. Jacob K. Rickert came to Weissport in the 1850s, and through his son Hiram and grandson Harry, the Rickert’s business continued to operate until the 1950s. Today the stately building is owned by Rod and Jennifer Mann. The house is their home plus a guest house known as “The Canal Side Guest House.”