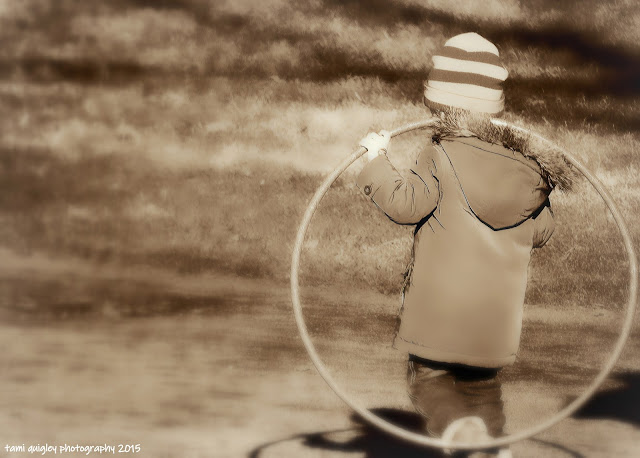 “If you never did you should.
These things are fun. And fun is good.”

~1904-1991
This sweet little girl could heed these words of Dr. Seuss and give her hula hoop a whirl in this candid capture on a chilly April day at Lehigh Parkway, Allentown, Pennsylvania.

I presented the image in sepia to enhance a nostalgic mood.

The hula hoop is a toy hoop that is twirled around the waist, limbs or neck. The modern hula hoop was invented in 1958 by Arthur K. “Spud” Melin and Richard Knerr, but children and adults around the world have played with hoops, twirling, rolling and throwing them throughout history. 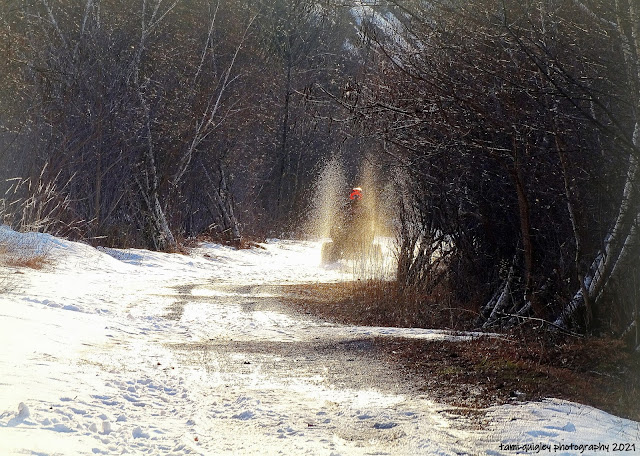 “It was one of those March days when the sun shines hot and the wind blows cold: when it is summer in the light, and winter in the shade.”

The temperature soared to 73 degrees and snow still sugared the ground on a beautiful mid-March afternoon when I spotted this man wheeling his way along the Delaware & Lehigh National Heritage Corridor (D&L Trail) on an ATV bike at Lehigh Gap.

In the shadow of the Kittatinny Ridge, also called Blue Mountain, the Lehigh Gap in Slatington, Pennsylvania, is a crossroads where the Lehigh Gap Nature Center’s trails connect two historic trails – the Appalachian Trail and the D&L Trail. 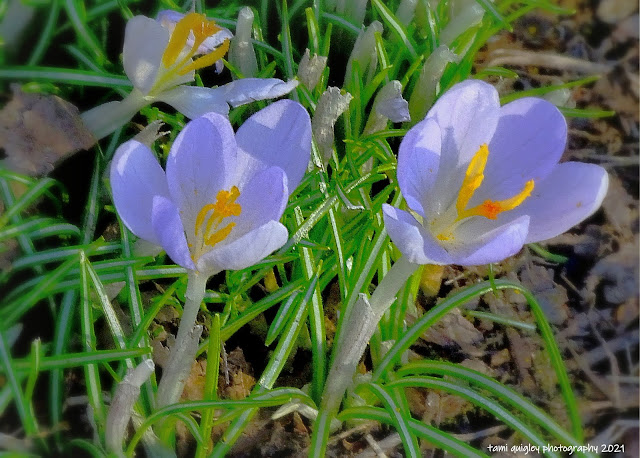 “Spring work is going on with joyful enthusiasm.”

What a joyful sight to see these early bloomers enthusiastically reach toward the rays of the evening sun on the second day of spring ~ March 21, 2021 ~ spring has finally sprung after a long winter!

Because of their very early bloom time, these blooming crocuses are often considered the first sign of spring, a cheery welcome to warmer weather!

Growing from bulb-like structures called corms, crocuses are low-growing perennial plants from the Iris family. They can often be seen peeking up through the snow well before any other flowers appear on the landscape. Bloom colors on the tube-shaped flowers include mauve, lavender, and yellow.

I posted my new winter video, "i've got winter" on March 1, 2021.
Cool cat Dean Martin’s rendition of “I’ve Got My Love to Keep Me Warm” sets the mood to swing into the beauty of winter showcased in my original photos.

This video can also be viewed on my You Tube channel https://www.youtube.com/watch?v=t575-lcSS84